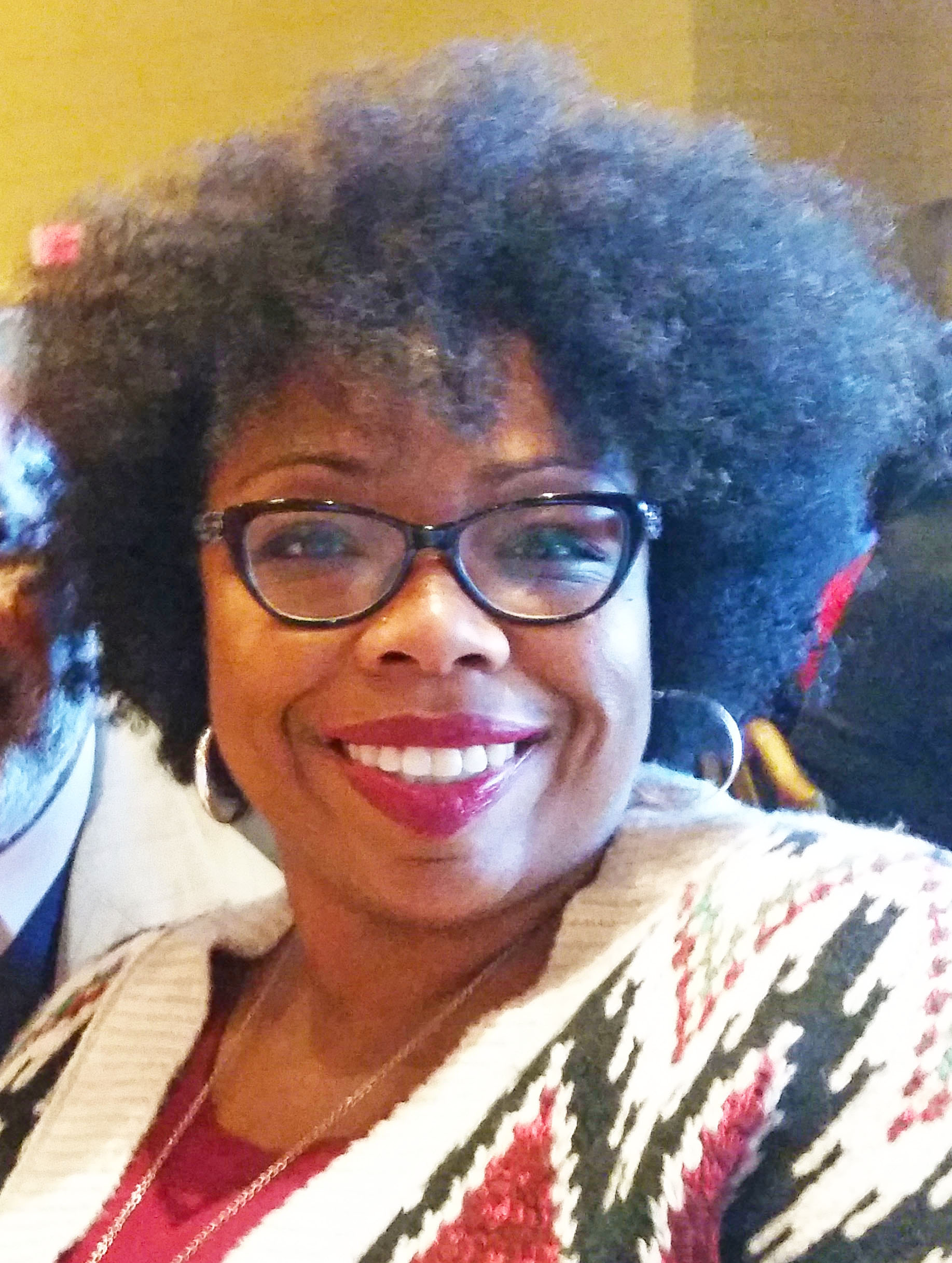 A conversation with Marisa Stubbs, Director of Development and Communications, Critical Exposure

Critical Exposure trains DC youth to harness the power of photography and their own voices to fight for educational equity and social justice. Through campaigns and visual storytelling, Critical Exposure helps students raise their voices in conversations about education policies and build the public support and political will needed to address the issues they face.

Acting in pursuit of equity and justice defines Critical Exposure’s programming, and it characterizes the organization’s behind-the-scenes operations, including fundraising, as well.  In this Spotlight on our Spool, we talk with Marisa Stubbs, Critical Exposure’s Director of Development and Communications, about the individual and organizational labor needed to elevate equity in fundraising.

We need to talk about a donor’s/funder’s connection to the community, the collective. The work that we do is not only made possible by donors; it’s made possible by a full-on community of staff, partners, other funders, volunteers, board members, and the list goes on. Rather than propping up ego, let’s tell the truth about how the work happens and not erase or elevate contributions.

Thread: What do you think are some of the worst sticking points in fundraising when it comes to acknowledging and addressing the profession’s shortcomings around diversity, equity, and inclusion?

Marisa: First, I think we’re still really afraid to sacrifice dollars. We want to live into our values completely risk-free. Vu Le said something in a recent Nonprofit AF blog post about last week’s insurrection attempted by white supremacists that resonates here: “If your statement is not pissing off a few people, causing a dozen unsubscribes, and making a donor or two angrily storm off, you may not be doing it right.” If you’re going to be a serious traveler on the DEI road where the destination is justice, weigh the cost and learn to be okay with the short-term losses. If your funding or donor dollars get pulled, then well…that means you’ve likely been in relationship with undercover systems of capitalist, white supremacist patriarchy. Be grateful that you’re no longer aligned with those people.

This second example came up as I was writing the last sentence of the first example. People hear DEI and automatically think about race and gender. That’s an important, and yet still incomplete, part of the definition. We have to include transgender people in our gender considerations. Beyond folks that are moneyed, white, and male, we have to approach DEI from the lens of education, ableism, adultism, ageism, personal v. professional experience, and criminalization. There are no doubt categories that I didn’t mention that will be important to consider. Additionally, while there may be intersectionality among the groups, it’s important to not automatically conflate traits in groups.

Third, I think we inadvertently/unknowingly import different (and maybe competing) values when we adopt some fundraising strategies. NOTHING IS NEUTRAL OR VALUE-FREE. And that very real tension can be felt by the staff when donors feel the need/privilege to be centered and board members and executive/fundraising staff cater to that. I’ve been experiencing this in a very real way for a 20-year career in nonprofits. We need to do our analysis of our practices, both in their rootedness and their impact.

Finally, staff education and awareness can often outdistance board/donor/funder education and awareness. Professional fundraisers have access to a lot of stakeholders and by virtue of these relationships, we’re in a unique position to educate. When certain language or approaches come up that buck up against our values, are we silent or are we actively educating and offering alternatives? And if this begins to prove burdensome, are we willing to say no to the offering or walk away from the relationship?

Marisa: I’ll admit that even this question makes me feel some kind of way. It credits the organization with something that specific individuals pushed for. There are things that I’ve fought for as a Black woman. While the organization advances, we need to make sure that my contribution is not erased. I’m fortunate that I’ve not received organizational backlash from Critical Exposure (CE), but there are folx, both in my position and with more marginalized identities, who have fought long and hard and with penalty, only to have the fruits of their labor attributed to the organization. There is no DEI tree where organizations pick magical fruit that suddenly make things ok. Our progress is made possible by time, effort, and emotional labor, and that needs to be elevated.

1.When I first came to CE, I noticed that we received funding from an organization who, despite a lovely mission statement of supporting DC youth, had a name that elevated the legacy of a racist white man. Our mission elevates the stories and amplifies the power of Black and Brown youth in DC, and we need to have integrity in that at every level. I put that funder permanently on a list of “do not pursue.” Here’s a related story: as nonprofits, we’ve all been scrambling to find additional dollars during COVID. We were on a list of nonprofits invited to apply to a new fund. When we did the analysis of its mission statement, grant language, and grantees, it was clear that it was funding exceptionalism rather than working towards equity. No thank you. Yes, money is tight these days, but we’re not here for CE’s name to be used to elevate, mask, or rewrite racist, patriarchal, and adultist legacies.

2. We have two major events at CE: one in the Spring and the other in the Fall. We decided that the Spring event would be a community-building event rather than a fundraising event. One of the major things I did was change the parameters of the host committee, which so often revolve around a moneyed network and the ability to sell a certain number of tickets that some people can’t afford. We changed the host committee’s responsibilities to focus on a certain level of promotion in their networks and inviting a certain number of new people into the room. We had one of the most well-attended events in years (literally, we had to consult the fire code when our RSVPs shot through the roof) and the energy of the room was insanely good!

Thread: What’s one change to Critical Exposure’s fundraising practices that you’re proud of from the perspective of diversity, equity, and inclusion?

Marisa: Based on feedback from young people in our programs and in collaborative effort with one of CE’s program managers, I developed site visit policies, practices, and guidelines for CE donors/funders/visitors (including board members!). These guidelines make space for youth power and decision-making. For example, funders often tell nonprofits when they are visiting, while our policy says that funders need to provide a least two dates that young people can choose from. When we send guidelines to funders, this is one of the things that they will read:

Checking power and privilege at CE’s door.
CE spaces are created by and meant for DC youth of color. That means that folks who have power and privilege in other areas (e.g. white people, adults, funders) need to actively work to not take up space in the room. If you have white privilege, adult privilege, and/or funder privilege, please choose to show up as an ally by not offering unsolicited opinions, feedback, or comments. Unless you are specifically invited to participate, which you likely will be, you are invited to observe. When invited to participate, please stay on topic and when having a conversation with young people, please let them finish their thoughts/refrain from interrupting.

Thread: What’s one action you’d like to see all fundraisers take today to be better advocates of diversity, equity, and inclusion?

Marisa: Expand your definition of what successful fundraising looks like. A lot of the research out there on fundraising best practices still centers white culture. Good fundraising is not only about dollars raised and donors engaged. Use the 10 principles of Community-Centric Fundraising to create goals that will define success for your fundraising strategy.

As a P.S. Thread’s featured article says that the hero in our work isn’t the donor or isn’t a specific person. That’s true. I also think that beyond appealing to a person’s values — which can also be very individualized (and a symptom of white culture) – we need to talk about a donor’s/funder’s connection to the community, the collective. The work that we do is not only made possible by donors; it’s made possible by a full-on community of staff, partners, other funders, volunteers, board members, and the list goes on. Rather than propping up ego, let’s tell the truth about how the work happens and not erase or elevate contributions.