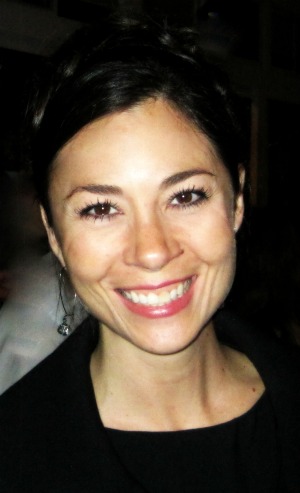 A conversation with Jamie Clem, Development Specialist at EarthEcho International

Thread’s Partnership with EarthEcho International began in December of 2016. At this time, EarthEcho did not have a dedicated development staff member and all fundraising work was managed by the Executive Director, as is typical in small organizations. Thread worked with EarthEcho to build its first-ever formal development plan, which included a dedicated development team member who could assist EarthEcho in expanding its fundraising opportunities. Thread was proud to partner with EarthEcho through the process that brought Jamie Clem to the team as a Development Specialist. Jamie started working at EarthEcho in June 2017. As she looks toward her 1-year anniversary in the role, Jamie hopes sharing her reflections on her first development position helps others transitioning to the field.

“Touch base in some way at least once a quarter and smile when you’re talking on the phone, even if you’re just leaving a message. It’s all about relationships and well-tended ones often yield exciting results!”

Jamie: After a career in sales and marketing in the for-profit sector, a transition into fundraising was a natural step. The chance to build and grow relationships with a community who is passionate about ocean and environmental conservation is exciting indeed.

Jamie: The best thing about working with EarthEcho International is the people I have the pleasure of connecting with thanks to my role in the organization. Getting the opportunity to speak with new and existing donors and listen to their excitement about EarthEcho’s mission and our work is so fulfilling. Additionally, our internal team is comprised of stellar, high caliber folks who are an absolute joy to work with each and every day. Finally, the opportunity to be a part of an organization that is honestly making a positive difference in the lives of young people and for our planet is the perfect icing on the cake.

Jamie: The main thing that helped me step into my role with EarthEcho International so gracefully was the amazing training I received from the Thread team! I’ve worked in a lot of places over the years and I don’t think I’ve ever felt more prepared to hit the ground running than I did after Thread’s training and orientation. Thread created a Development Plan for me, a Stewardship Plan and other resources that have already made a big impact on our fundraising efforts.

Jamie: When connecting with donors (especially via phone), ask a lot of questions ABOUT THEM and diligently document the answers to those questions in your CRM. Having detailed documentation makes an incredible difference and you can refer back to your notes and really make your donors feel special by asking about things that matter to THEM. Touch base in some way at least once a quarter and smile when you’re talking on the phone, even if you’re just leaving a message. It’s all about relationships and well-tended ones often yield exciting results!