Take a Victory Lap, Not a Sprint 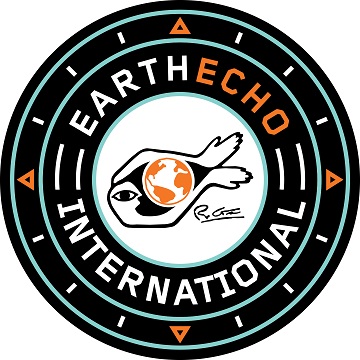 How EarthEcho International increased individual giving by more than 100%

Thread’s partnership with EarthEcho International, a nonprofit that works to inspire young people worldwide to act now for a sustainable future, began in December of 2016. EarthEcho was founded in 2000 by siblings Philippe and Alexandra Cousteau in honor of their father Philippe Cousteau Sr., son of the legendary explorer Jacques Yves Cousteau. Philippe Sr.’s belief in “a world where every single child can breathe fresh air, drink clean water, and walk on green grass under a blue sky” has served as their guiding vision through the evolution of its programs and work over the past 18 years.

When Thread began working with EarthEcho, its primary funding source was corporate partnerships, followed by foundations. EarthEcho sought to continue growing these important relationships while also building a more robust individual giving program that would take advantage of the immense support individuals offer every year to nonprofits in America [as demonstrated by GivingUSA’s annual analysis].

In our year working together, Thread helped EarthEcho create its inaugural development plan and hire a development staff member to execute the plan. We also worked to put systems in place to support the plan, most crucially a clean and effective donor CRM system. By June, EarthEcho had a strategy for increasing individual giving, a plan for how to put the strategy in motion, an expanded team to implement the plan, and processes and tools to support this new level of activity. The team dug in, and starting with the vast community of people the organization has touched over the years with its work, began building relationships.

In just a few short months of increased activity, the difference is already palpable. Dollars raised from individuals in 2017 were up 101% from 2016, which came from a 93% increase in the number of individual donors giving over 2016. Most exciting was #GivingTuesday, where EarthEcho saw a 935% increase in money raised on this international day of giving.

This incredible increase did not come just because EarthEcho sent two more emails than they did last year (though sending more emails was indeed part of the overall strategy). This increase is a direct result of the months spent priming the EarthEcho community to be ready to give when asked. It came from building relationships in a systematic, yet genuine, way, and it came from communicating more with its community in general. The response to this appeal was a result of the new Development Specialist reaching out one by one to past donors to introduce herself to get to know them and why they care about EarthEcho’s work.

What we love about how EarthEcho’s results is that they come from a true investment in building capacity and expertise, not just a quick gimmick that will pass and be hard to replicate. There are endless articles for “5 tips for ….” Or “3 things you should do for …”. Those best practices are all important and helpful, but they only produce results when overlaid on an actual strategy that includes an organized plan that spans across the full year, builds year to year, and is rooted in developing relationships with your community and donors. Nothing demonstrates this more than EarthEcho’s incredible initial results in 2017. We can’t wait to see what 2018 brings as they continue to build upon this great work!